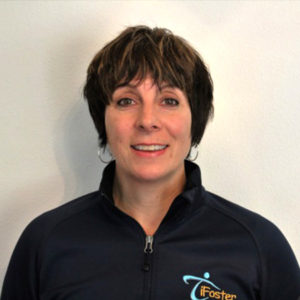 Smarts – One of only 14 Canadian National Science and Research Scholars, receiving a full ride for four years of college. Graduated with highest honors earning an undergraduate degree in Biochemistry and Biotechnology. Full scholarship awarded by McGill for her MBA in Strategy and Marketing after scoring in the top 2% on the GMAT.
Athleticism – A member of the Team Canada Water Polo team.
Work Ethic – Worked and practiced up to 20 hours per week while in college and has successfully launched a national nonprofit.
Personality – She is fun, magnetic and loaded with energy.
Hipness – See her responses to question 12 below.

What makes these characteristics even more impressive is she grew up in foster care, an experience that later inspired a major career shift.

Early in her career, Serita was a strategy consultant for Deloitte in Canada and then in San Francisco, California. She got to ride the wave of the dot com boom, consulting to large tech companies like Microsoft and HP. She worked on the separation of Palm from 3Com, the biggest IPO in history at the time. Impressed with her work, 3Com hired her as the VP of ebusiness across 60 countries.

When the dot com bust happened. Her social calendar moved from IPO parties to pink slip parties. After laying off 12,000 people, Serita was driven to have a role where she could help people. She joined The Bridgespan Group, a consulting firm serving nonprofits and philanthropies (and where I first met her), to learn about child welfare and juvenile justice. Her first client was First Place for Youth whose mission was to help youth aging out of foster care build the skills needed for self-sufficiency. At Bridgespan, she observed how the fragmented nature of the foster system due to privacy and security issues crippled the kids’ opportunity for success.

Inspired by her experience and observation, she created the iFoster program in 2010 while still working for Bridgespan. She sent a prototype to 15 of the largest child warfare state agencies for their feedback. Almost immediately, 400 foster parents signed up. Serita and her husband, Reid, spent their vacation manually entering the registration data. The die was cast, there was no looking back and a few months later she left Bridgespan to focus on running iFoster. 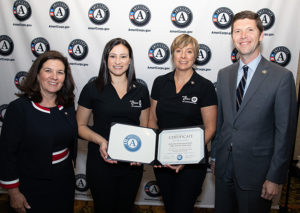 In the last ten years, Serita and her team of 12 have transformed the child welfare system with an online platform that connects children and teens in foster care to the resources they need to become successful, independent adults. iFoster has over 60,000 members across all 50 states, Guam and Puerto Rico. An estimated 500 new members join iFoster every month. Its mission is to ensure that every child growing up outside of his/her biological home has the resources and opportunities needed to become successful, independent adults. iFoster aggregates the thousands of organizations and millions of caregivers in child welfare into a single online community to share resources, leverage their collective power and amplify their common voice to ensure that this country’s most vulnerable children are put on the path to becoming independent successful adults.

iFoster provides $125M of resources annually across the US. Hundreds of kids are trained in their jobs program. It delivered over 20,000 laptops and phones with hot spots to 15K foster youth in CA during COVID for distance learning. iFoster won Best New AmeriCorps Program nationwide. It doubles the salary of its AmeriCorps volunteers and provides a safe place for them to become young professionals.

Serita’s personal experience in foster care, devoted commitment to youth development, and strategic mindset make her a formidable leader. She is also the person “most likely to be hugged” by a client. For her work with iFoster, Serita has been recognized as a White House Office of Social Innovation Citizen Innovator, an Echoing Green Fellow, and an American Leader of Change. And now we welcome her as the newest Dubrof Impact Star.

On any given day there are nearly 438,000 children and youth in foster care.

Nearly 110,000 are waiting to be adopted, waiting year after year for their forever home.

The government invests less than 50% of what it actually costs to raise a child in foster care.

Close to 30,000 will age out of foster care every year and have to be self-sufficient as early as age 18.